Aurora Foundation is a partner in the operation of a fish landing site in Goderich, on the outskirts of Freetown, Sierra Leone. In the early stages of the project, it quickly became clear that substantial local sanitation problems existed with all sewage from the neighbouring community flowing straight through the landing site. In addition, all kinds of litter, even human faeces, were thrown over the walls into the facility.

Aurora’s grant paid for all materials and labour needed to build the sanitation facilities and to re-direct the sewages. 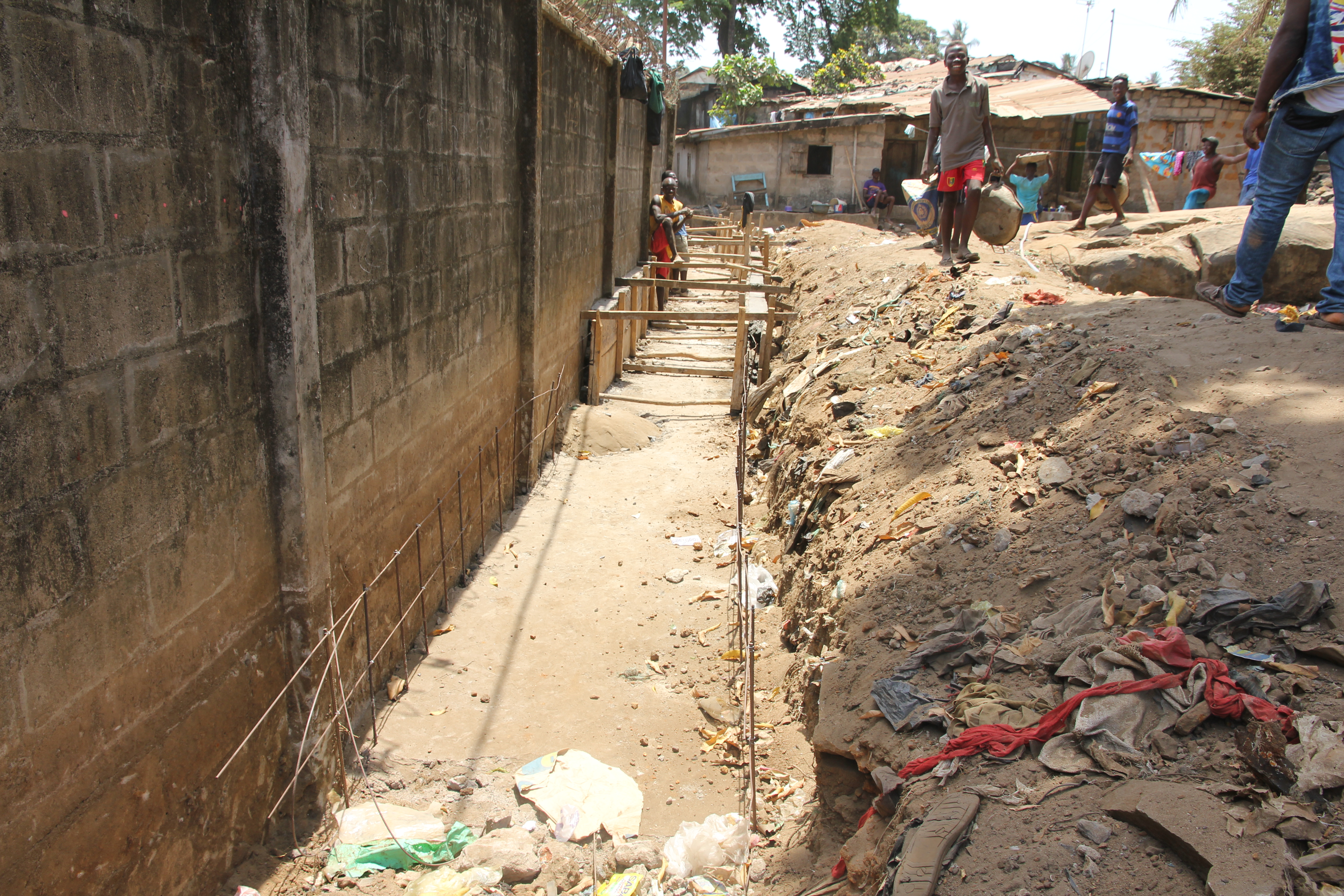 Aurora signs an agreement to build latrines in the fishing community in Goderich, Sierra Leone