Amie loves playing ball games with her friends, and dreams of going to college to become a bank manager. In the meantime, she spends most of her time helping her parents out selling Sierra Leonean arts and crafts at their Lumley beach market stall in Freetown. We first noticed her keenly following us around the market, fascinated by what our designers were up to. Her sharp observation skills combined with a clear artistic bent led to her playful headbands being commissioned by As We Grow. Amie uses material off-cuts to cover a metal frame and – together with Guðrún from As We Grow – she adds cat ears to liven them up; the challenge being to ensure they are cat-like, not devil-like. Amie plans to buy books and new shoes for school with the money. We believe this to be a great investment for a future bank manager. 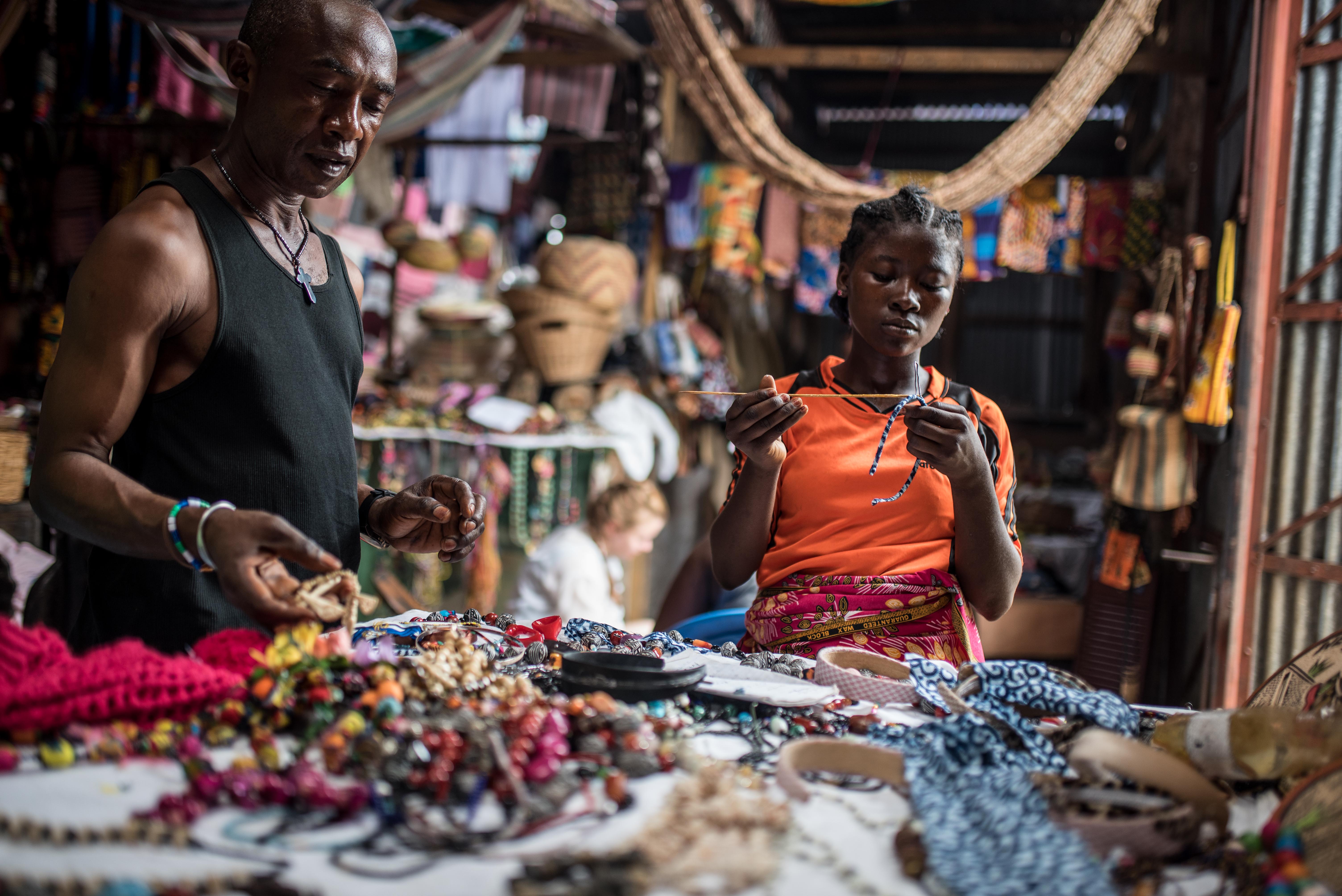 Masah grew up in Kabala. She has such a lively presence that we were led to believe that she was in charge of the Lumley Beach Market.

Masah was forced to drop out of school at the age of 15 when she fell pregnant with her eldest daughter Amie Julius. When Amie was one, Masah married her current husband who kindly adopted Amie as his own daughter and taught Masah to make jewelry. They moved to Freetown and started a business in the Lumley Beach Market.

The whole family, including Amie’s brother and baby sister – taking her first baby steps – is at the market everyday since for the time being it is also their home. 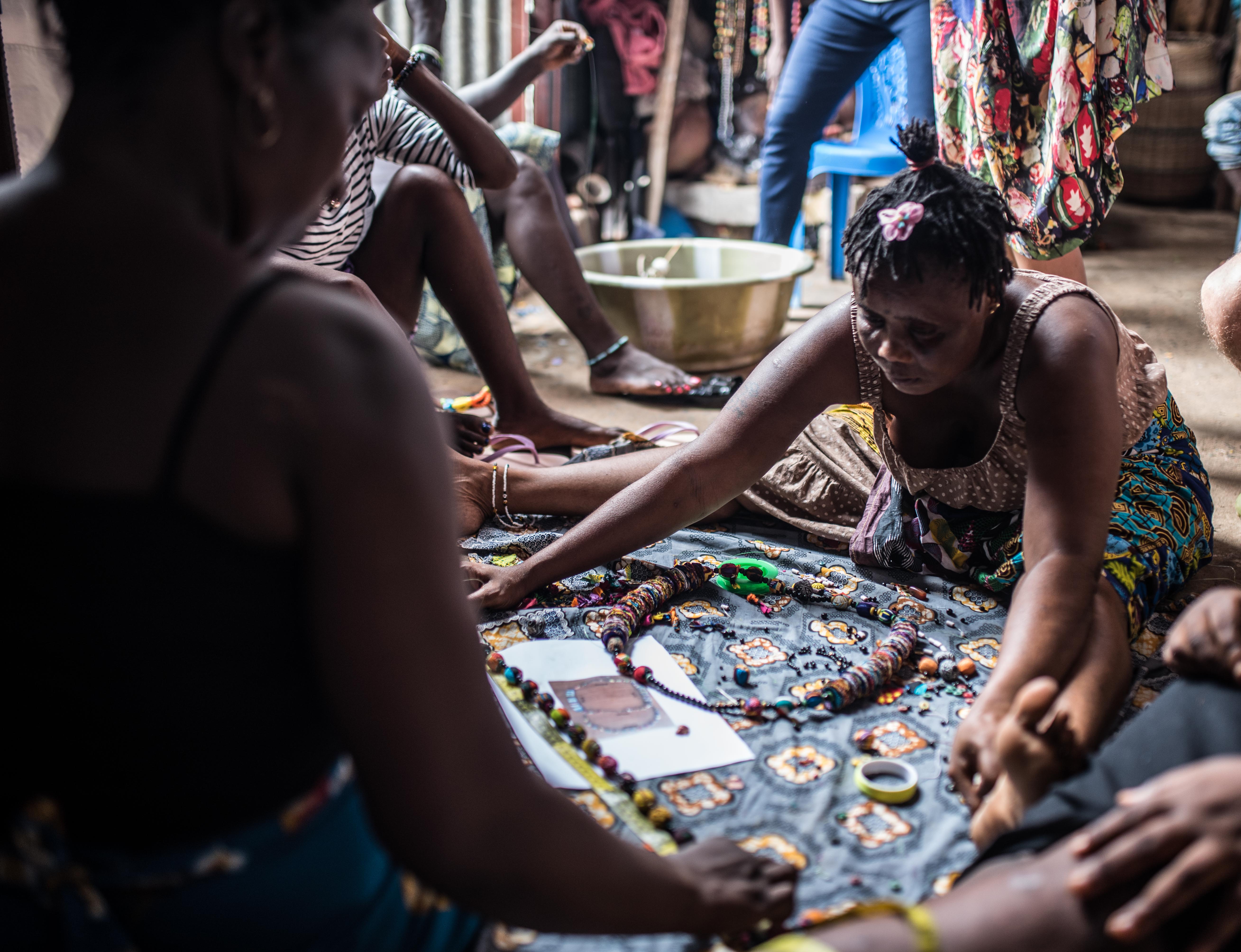 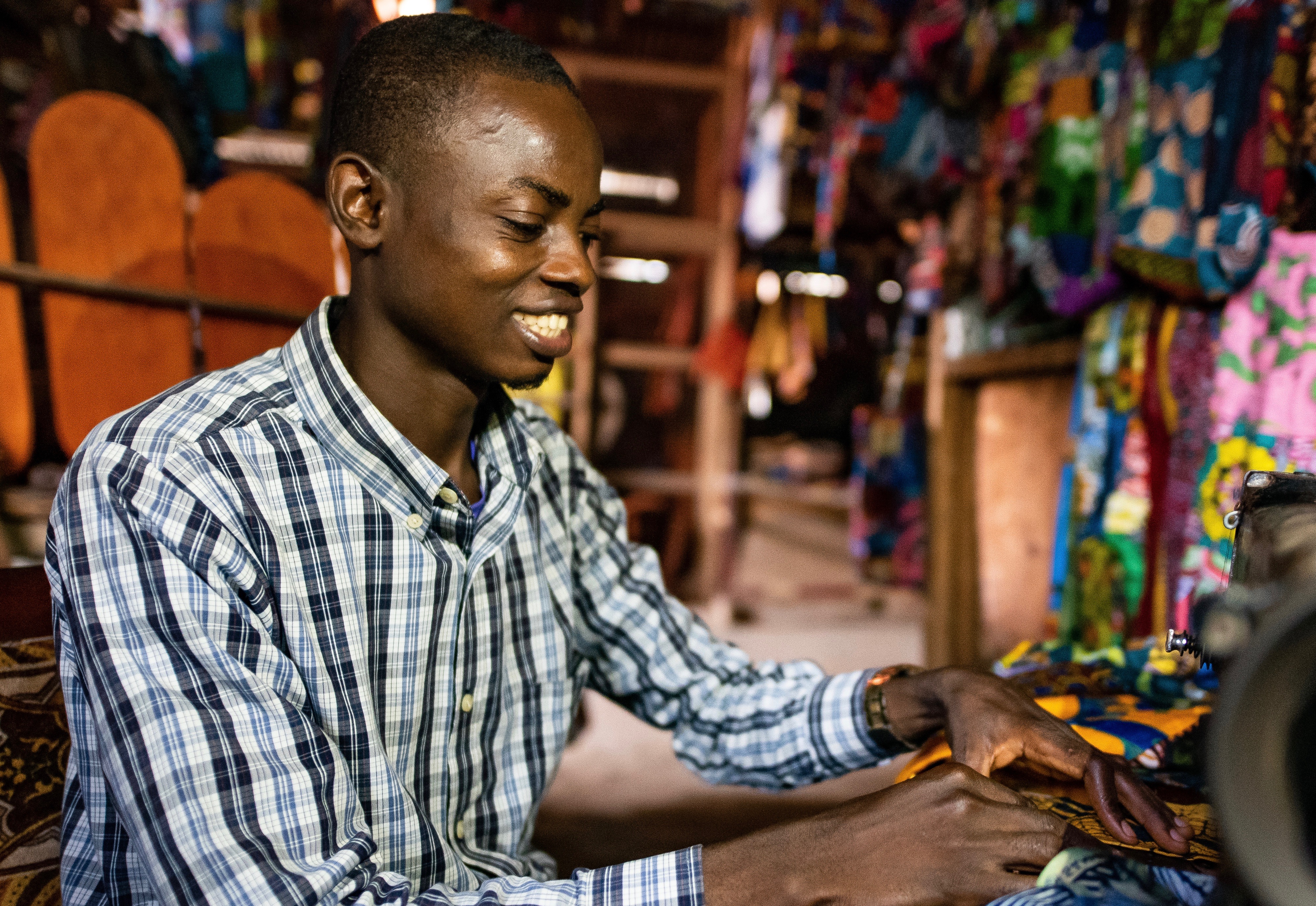 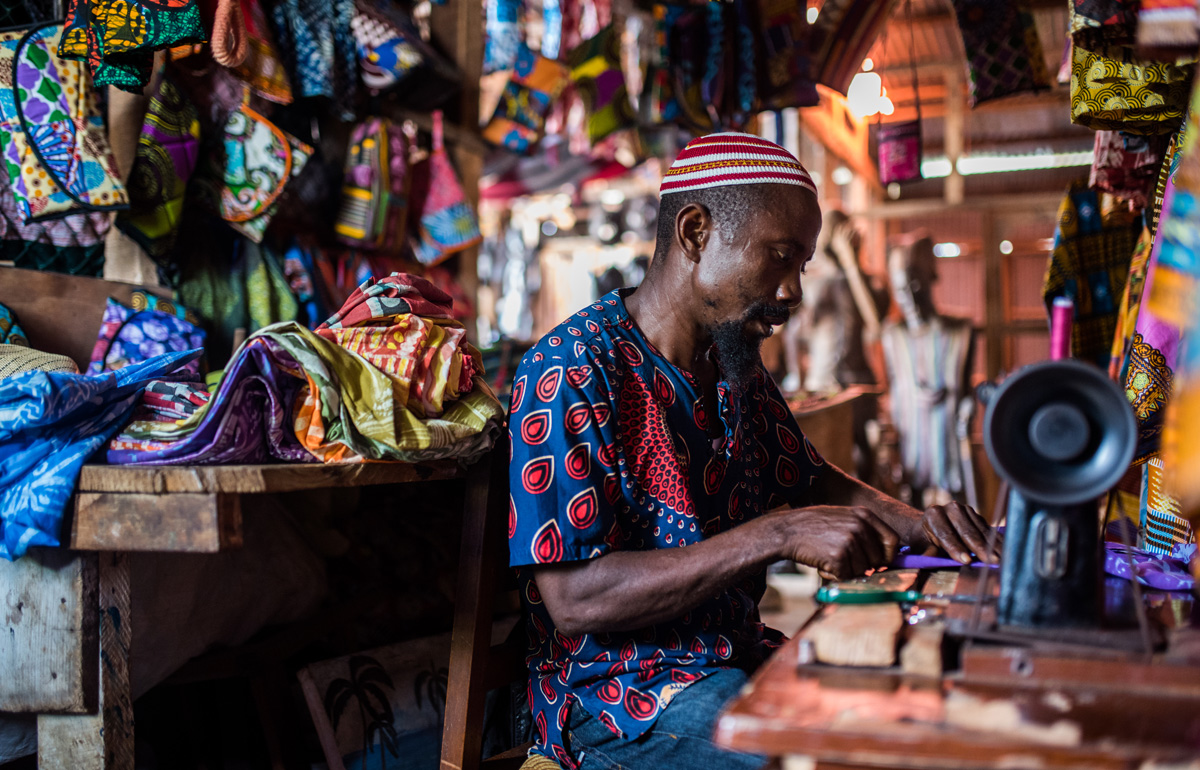