The first song is out – WOMAN

Aurora is proud to announce that the first song from the collaboration OSUSU is out. The first song is WOMAN, featuring Hildur, Cell7, Daniel Bangura and Mohammed Kamara.

It all started almost a year ago or in November 2018 when seventeen artists came together in Freetown, Sierra Leone. Five from Iceland, four from the UK, and eight Sierra Leoneans spent 1 week together in pop up studios, exchanging ideas, jamming and creating music as part of a collaboration called OSUSU. This collaboration was initiated and arranged by the team behind the Freetown Music Festival and Aurora Foundation and supported by the British Council. Out of those three days came 22 songs.

Released by Molten Keys/Cuppa Gumbo, every Friday for 12 weeks we will see a new single from that session, paired with an image by Jay Kammy which has been wrapped in with Labrum textiles.

On the 6th December, the full compilation will be released alongside the 3 part documentary series about the music’s production and the 12 part photo series by Jay Kammy. 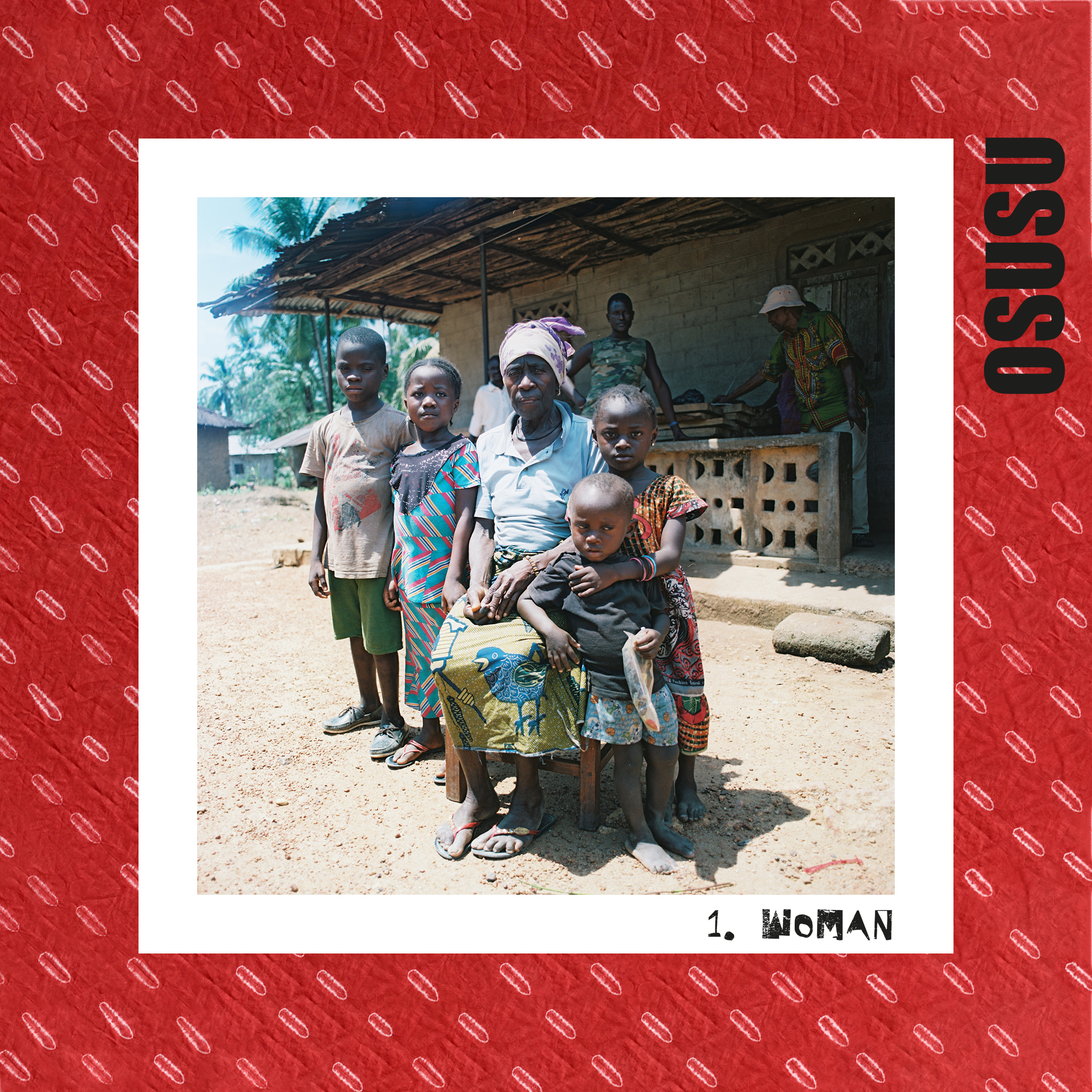 Supported by: @aurorafoundation_official
Info on some our amazing partners in this project:
MOLTEN KEYS: an independent record label based in South London. It aims to give the artists greater ownership and control of their music than is typical in the industry and works with up and coming artists from a range of musical genres.
@moltenkeys

CUPPA GUMBO: is a community organisation that champions multi-culture and global unity.
@cuppagumbo

LABRUM: London menswear brand, combining West African and western heritage by telling the untold West African story through clothing. The edge is in the detail.
@labrumlondon

HENRY KAMARA: Henry Kamara is a London based photographer + storyteller of Sierra Leonean descent. Wanting to learn more about his heritage, family and himself, he returned to Sierra Leone in 2018 and produced the photographic series 2 Sim, in dialogue with Duval Timothy’s music album of the same title. Specialising in portraiture and profiles following experience conducting ethnographic research, Henry’s ability to interpret others’ stories and capture truth is key to his work.
@jaykammy

← Launch on Thursday! New ICT course on the agenda →

Ingibjörg Kristjánsdóttir and Ólafur Ólafsson, the founders of Aurora Foundation, came to Sierra Leone after a while due to the Covid pandemic and stayed in Freetown and its surroundings for a few days in May. They visited the Lettie Stuart Pottery Centre and our...

Last Thursday, we hosted our first Inspirational Tok, and wow - we are already excited for the next one! With two speakers that definitely accomplished what this event was all about - to inspire - and an engaged audience, it won't be easy to surpass the impressions...

The Impact Assessment for the Sweet Salone project in 2021 is out!